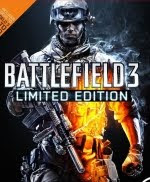 It's called militainment -- and a new documentary examines this creepy trend. Read the Hollywood Investigator's Returning Fire: Docu Examines How Video Game 'Militainment' Promotes War.
Posted by Thomas at 5:05 AM No comments:

Jerry Jewett on Gary Chartier's The Conscience of an Anarchist

Jerry Jewett reviews The Conscience of an Anarchist Why It's Time to Say Good-Bye to the State and Build a Free Society, by Gary Chartier.

Who hasn't felt that the State is a little bigger than it ought to be, or that it tries too hard, or perhaps that it is hostile to common folk? Such sentiments can scarcely be out of place when the State wields Leviathan-like power.

What would a stateless society look like? What principles could carry it? What would life be like?

Doesn't everyone knows what democracy is, and that, for all its failures, it beats all else?

How closely one analyzes things determines whether this glib answer will stand.

A democracy is one way of running a State -- and so it is much like an authoritarian regime or a monarchy, in that respect. Not having a State at all is the alternative seldom explored, and almost never seriously explored. Of course, when the State superintends instruction and designs the curriculum, a good deal of State-reverencing and lore-building gets taught from the young up, to build brand loyalty.

Although all Karl Hess Supper Club members likely know better, lots of people think of nihilists when they hear of anarchy, for nihilists like to have fits in public under the name of protest, and break things -- ideally expensive things wealthy people might own or like to own -- to protest perceived injustice.

But though some nihilists may claim to be anarchists, they have no claim to anarchy. Just as the libertarian perspective rests on a solid foundation of principles, so, too, does anarchy, though the story has a garbled history with many early missteps.

Who are anarchists and what would their ideal society look like? Although Proudhon, Bakunin, Kropotkin, Malatesta, Emma Goldman, and other anarchists of the middle to late 19th century preached violence, revolution, and either elimination of private property or its confiscation and redistribution, violence is the thing real anarchists shun, for it smacks so much of the preferred technique of the State.

As Randolph Bourne insightfully pointed out long ago, "War is the health of the state." Anarchists would say the peace is the health of society, and worth the struggle to get it, as the expense of losing the State. The American strain of anarchy traces back many generations, with Albert Jay Nock, Frank Chodorov, and Murray Rothbard carrying the torch in the 20th Century.

This recent book explores the high points of anarchy in 114 pages. As J. Neil Schulman has said of the Reardon Metal span that bridges the gorge in Atlas Shrugged Part I, that such a light and beautiful structure can bear the weight it carries is remarkable, referring both to the bridge itself and metaphorically to the movie. Much the same could be said of this book.

Rather than crafting a ponderous tome laden with obscure facts and arcane terminology, Professor of Law and Business Ethics at La Sierra University Gary Chartier has written a survey that covers enough ground to show the personal and spiritual reasons to want to be free of the onerous, devastating burden of the State in a smooth, easy-reading yet utterly coherent manner.

The vaunted legitimacy of the State gets inspected and rejected in the course of the book, since any coercion of unwilling others simply to impose one's own vision of what proper social order should look like falls of its own unsupported weight.

Although the author cheerfully admits to being of the libertarian left, many of his thoughts, insights, and queries resonate well with those of another flank of libertarianism, the anarcho-propertarian element.

The book is not doctrinaire nor partisan. The book does not pretend to supply all the answers, but it certainly poses a bundle of extremely stimulating questions to feed the discussion.

Anyone for whom real liberty both personally and socially is more than mere lip service might do well to read this book. Its greatest value will lie in its ability to simply and directly reach people not of the agorist tradition, people who do not understand libertarian themes or the peaceful ideals of anarchy.
Posted by Thomas at 7:18 AM No comments: