We regret that a past speaker at the Karl Hess Club, Pastor Zac Bright, passed away on Thursday, December 13, 2018, due to complications of a long-standing medical condition, a few days after corrective surgery.

He is survived by his widow Terry, of Monrovia, children Christopher and Rebecca, brother Brad Bright (Kathy) of Florida, nieces and nephews, and many friends and colleagues.

Zac and Brad's parents were Dr. William R. "Bill" Bright and his wife Vonette. Dr. Bright was the founder of Campus Crusade for Christ. Zac was a graduate of Azusa Pacific University in Azusa and the Fuller Theological Seminary in Pasadena.

Until a few years ago, Zac was the long time pastor of Divine Saviour Presbyterian Church in Irwindale, California, and Executive Director of the Southern California C.S. Lewis Society. Zac is survived also by his rat terrier "Jack Lewis."

A memorial celebration of his life is scheduled for Saturday January 12th at Arcadia Community Church, at 121 Alice Street (at First Street) in Arcadia, California. The service begins at 1 p.m.

On December 13, 2018, Neil publicly posted the following on his Twitter page: 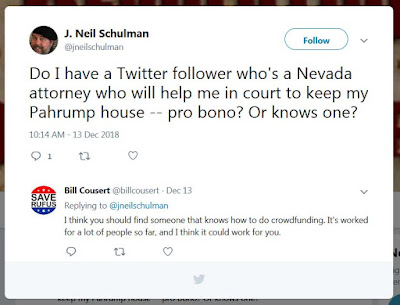