Longtime KHC attendee Pamela Maltzman forwards this email regarding Regina Cobb, whom some of you may have known:

It is with great sorrow that we must share with you the news that our sister, Regina Cobb, passed away on Dec. 30 after a massive stroke.

It has been a devastating loss, and Gina will be greatly missed. She touched many lives in many ways we cannot even know. You are receiving this email because your name was found in a list of Gina's contacts.

Please let us know if you plan to attend.

May Peace be With You,
Regina's Family 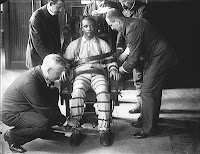