"A direct assault on Internet users" is what the ACLU is calling it.

The American Civil Liberties Union, the American Library Association, the Electronic Frontier Foundation, Demand Progress, and 25 other civil liberties and privacy groups have expressed our opposition to this legislation.

Will you join us in opposition by emailing your lawmakers right away? Just click here.

They've shamelessly dubbed it the "Protecting Children From Internet Pornographers Act," but our staunchest allies in Congress are calling it what it is: an all-encompassing Internet snooping bill.

CNet Reports: Rep. Zoe Lofgren of California, who led Democratic opposition to the bill said, " 'It represents a data bank of every digital act by every American' that would 'let us find out where every single American visited Web sites.' "

"The bill is mislabeled," said Rep. John Conyers of Michigan, the senior Democrat on the panel. "This is not protecting children from Internet pornography. It's creating a database for everybody in this country for a lot of other purposes."

Please click here to join the Center for Democracy and Technology, the Consumer Federation of America, the Electronic Privacy Information Center, Demand Progress and 25 other civil liberties and privacy groups in opposing this legislation.

Thanks for fighting for Internet freedom.

P.S. The bill just passed committee, so it's time to push back hard. Will you please ask your friends to take action too? 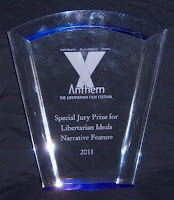 The award was presented to Schulman by Anthem: The Libertarian Film Festival.

A longtime Karl Hess Club attendee, Schulman has frequently presented lectures on libertarian philosopy at the KHC.
Posted by Thomas at 12:50 AM No comments: 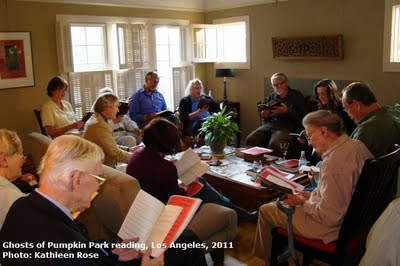 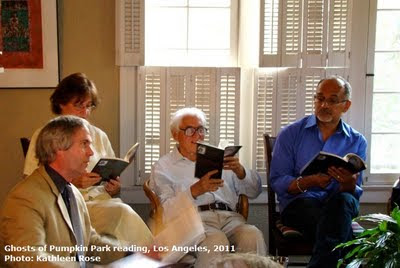 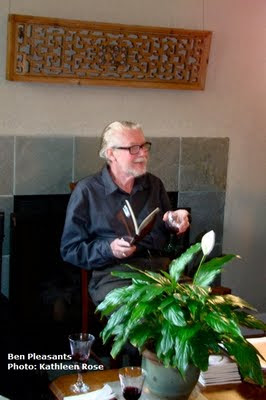 Pleasants's novels include Spearmint Leaves, and his latest, The Victory of Defeat.
Posted by Thomas at 4:38 AM No comments:

A few weeks ago, I submitted a Letter to the Editor to the Santa Monica Daily Press. They published it in their July 5th issue:

Yet McKeown supported raising Santa Monica's sales tax — which even low-income residents must pay — despite "these rough economic times."

Apparently, McKeown believes City Hall cannot meet increasing expenses without raising revenue, but that landlords can magically do so.


Santa Monica is a city with both strict rent control and high property and sales taxes. McKeown (like many city officials) thinks that rising cost-of-living expenses justifies keeping rents low. If food and gas prices rise, it's "unfair" for tenants to pay higher rents. Never mind that landlords' expenses have also risen, including the cost of maintaining, repairing, and heating the tenants' apartments.

Yet hypocritically, rising expenses justifies the city raising its sales tax (which went up another half a percentage this year), even on low income tenants.

The total sales tax in Santa Monica (state, county, and city combined) was 10.25% until only a few days ago -- one of the highest rates in California.

Since the state sales tax went down 1% on July 1st, it's now 9.25% in Santa Monica -- still one of the highest rates in California.
Posted by Thomas at 9:12 AM No comments: