Congratulations to Geoffrey Church on the publication of his novel Europa.

Set in the future, scientists set out to explore a vast ocean discovered beneath Europa's surface (Europa being one of Jupiter's moons).

Posted by Thomas at 7:29 AM No comments: 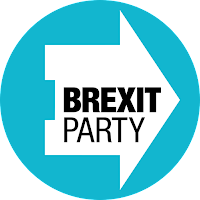 If you are interested in British politics, especially as regards Brexit and the immediate leadership race -- and very likely a General Election in the not too distant future -- visit The Brexit Party to find out who's who and what's what.

The Brexit Party pledges to “Change Politics for Good.” 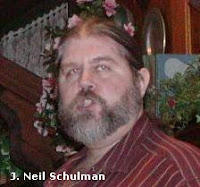 J. Neil Schulman died earlier today in Colorado Springs after a day or two in the hospital. He suffered a pulmonary embolism and cardiac arrest, then multiple organ failure.

I never physically met Neil, but I've "known" him for about 20 years or a little longer, and hosted his blog for about 10 of those years.

Best wishes to Neil's loved ones. I'm sure that I'll be sharing some Neil memories as time goes on, and that others will too.

==========
Neil's parents lived into their 90s, or nearly so, thus it's a surprise that he died at the relatively young age of 66. It seems that many libertarians I know have been dying these past 15 years.

I first met Neil in the mid 1990s, so I'd known him for about 25 years. He was a good libertarian, and loyal and supportive to his friends. He will be missed by many.

The State of California is giving everyone an opportunity to "Shape California’s Future." They are currently seeking individuals to be on the 2020 Citizens Redistricting Commission and there's only nine days left to get your application in.

This is a great opportunity for Libertarians to insure that fair districts are created for the upcoming decade.

Every ten years, after the federal census, California must re-establish the boundaries of its Congressional, State Senate, State Assembly, and State Board of Equalization districts to reflect new population data and shifting populations.

In the past it's been the politicians that have drawn these districts but the Voters FIRST Act, which passed in 2008, gave this power to California citizens ensuring that new and fair political boundaries are drawn without special interests, politics and political influence.

California citizens who are eligible may submit an online application to the California State Auditor's Office during the initial 60-day application period from June 10, 2019, to August 9, 2019. To apply go to: https://shapecaliforniasfuture.auditor.ca.gov/.

You are eligible to apply for a position on this commission if you are a registered voter that has been continuously registered in California with the same political party (or unaffiliated with any political party) since July 1, 2015 and have voted in two of the last three statewide elections, with the following exceptions:

1. Under contract with, serving as staff or a consultant to, or in a family relationship with the Governor, member of the Legislature, California member of Congress or a member of the State Board of Equalization

2. Contributed $2,500 or more to any California congressional, state, or local candidate for elective public office in any calendar year

3. Served as a paid California congressional, legislative, or State Board of Equalization Staff

4. Been a registered federal lobbyist

5. Been a lobbyist registered with the State of California or a California local Government

6. Been appointed to, elected to, or a candidate for California congressional or state office

7. Served as an officer, employee, or paid consultant of a California political party or of the campaign committee of a candidate for California congressional or elective state office

8. Served as an elected or appointed member of a political party central committee in California

I believe many of you will be able to qualify and submit an application unless you've been a candidate (or Treasurer for a candidate) for state office, or have been elected as a state or county officer, or contributed more than $2,500 to a California candidate in any calendar year.

The final exception is a little confusing, since most of our members are Central Committee Members (CCM), but the qualifications for being a CCM are membership, not being registered in another political party and accepting our pledge; the other recognized political parties in California elect or appoint their CCMs. Because it specifically states being "elected or appointed" as a CCM, I believe this would not apply to Libertarian members.

The way the law is written there are five commissioners picked from the two largest parties (Democrats and Republicans) with the final four being from another recognized party or no party preference. So let's get some Libertarians on this commission.

Again, you can go to https://shapecaliforniasfuture.auditor.ca.gov/ to fill out your application today. 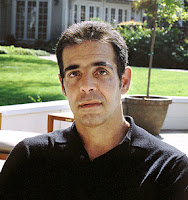