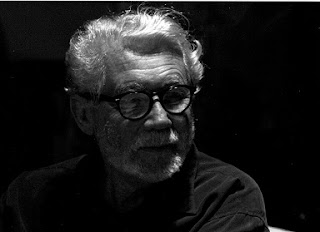 From the Los Angeles Times's obit:

"Born Aug. 6, 1940, in Weehawken, N.J., [Ben] Pleasants graduated from Hofstra University on New York's Long Island in 1962 and within a few years enrolled in graduate English courses at UCLA.

Beginning in the mid-1960s he wrote for the Los Angeles Free Press and regularly contributed book and theater reviews to The Times from the late 1960s until the mid-1980s. He reviewed Bukowski's poetry in The Times at a time when few mainstream publications cast their eye on the gritty work, and in 2004 published Visceral Bukowski: Inside the Sniper Landscape of L.A. Writers, a memoir that had originally been intended as a biography. The book became controversial for Pleasants' assertions that Bukowski harbored Nazi sympathies.

Decades after Fante wrote Ask the Dust in the 1930s, Pleasants helped revive interest in the obscure Depression-era novel set in Los Angeles by urging its reissue by Black Sparrow Press in 1979 and paving the way for its eventual cult status.

Pleasants also became a playwright, penning The Hemingway/Dos Passos Wars and Contentious Minds: The Mary McCarthy/Lillian Hellman Affair, among other plays.
Posted by Thomas at 8:12 AM 1 comment: