Lieu's no libertarian. I'm sure he's taken many "progressive" positions. But he's currently sponsoring a bill that should please libertarians.

According to Gary Walker, writing for The Argonaut (April 2, 2014):


Especially noteworthy is the part I put in boldface. The article continues:


"Law enforcement agencies are currently allowed to destroy biological evidence six months after a conviction, but Lieu's proposal would extend the timeline to a full year. It would also mandate that DNA evidence be run through the FBI's Combined DNA Index System in cases where DNA evidence is found not to match a suspect or inmate.

" 'I think one of the greatest injustices that a government and a society can commit is to wrongly convict an innocent person,' said Lieu, a former Air Force Judge Advocate General prosecutor.


You can read the full story here.

I don't know who I'll vote for in June, in California's current Top Two primary system. But Lieu's support of Senate Bill 980 is a consideration. Not just for the issue itself, but because it indicates his willingness to support the rights of the accused, in the interests of truth and justice.
Posted by Thomas at 1:08 AM No comments: 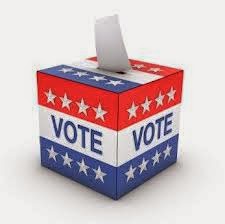 California LP activist Ted Brown has requested that libertarians "please forward this to all LP lists in California."

The Secretary of  State has posted the certified list of candidates for the June primary election:
http://www.sos.ca.gov/elections/statewide-elections/2014-primary/certified-list-abbreviated.pdf

There are only 6 Libertarian candidates:

However, it turns out that there are 21 offices where only one candidate filed.  It is now easy to qualify and run as a write-in candidate.  Between April 7 and May 20, you just need to collect 40 valid signatures from any registered voter in the district, and you would become a certified write-in candidate.  There is no cost.  If you receive more write-in votes than any other write-in candidate, you become one of the "Top Two" and move on to the November election.  The Peace & Freedom Party qualified three candidates this way in 2012.  We tried it in two districts, but they were the same districts as P & F, and their candidates got more write-in votes.

Anyway, here are the districts:

Board of Equalization, District 3 - most of Los Angeles County - Jose Castaneda is going to run for this one.

If you are interested in running for any of these offices, or know of someone who is interested, or if you have suggestions about who would be a good choice, please let me know.

For liberty,
Ted Brown
Posted by Thomas at 1:56 AM No comments: