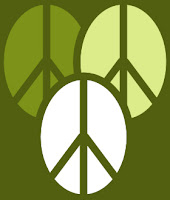 Details of where and when to show up at: NationalPeaceConference.org.

This seems like a mostly Left coalition. It's noteworthy that the Left is opposing Obama's war. It would be nice if many antiwar libertarians and conservatives also showed up, so it becomes a more broad-based protest.
Posted by Thomas at 8:31 PM