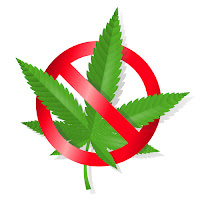 Libertarians tend to be blindly (irrationally) defensive of marijuana. Because The State prohibited marijuana smoking for so long, it must be a good thing.

But consider these facts, taken from the American Nonsmokers' Rights Foundation website:

* Significant amounts of mercury, cadmium, nickel, lead, hydrogen cyanide, and chromium, as well as 3 times the amount of ammonia, are found in mainstream marijuana smoke than is in tobacco smoke.

* In 2009, the California Office of Environmental Health Hazard Assessment added marijuana smoke to its Proposition 65 list of carcinogens and reproductive toxins, also known as the Safe Drinking Water and Toxic Enforcement Act of 1986. It reported that at least 33 individual constituents present in both marijuana smoke and tobacco smoke are Proposition 65 carcinogens.

* Secondhand smoke from marijuana has many of the same chemicals as smoke from tobacco, including those linked to lung cancer.

* One minute of exposure to marijuana SHS substantially impairs endothelial function in rats for at least 90 minutes, considerably longer than comparable impairment by tobacco SHS. The findings in rats suggest that SHS can exert similar adverse cardiovascular effects regardless of whether it is from tobacco or marijuana.

* Secondhand marijuana smoke and secondhand tobacco smoke is similar in many ways. More research is needed, but the current body of science shows that both tobacco and marijuana smoke have similar chemical composition and suggests that they may have harmful cardiovascular health effects, such as atherosclerosis (partially blocked arteries), heart attack, and stroke.