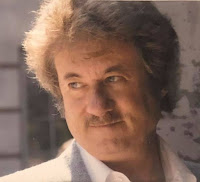 Edward L. Plumb was a producer and writer known for The Vampire Hunters' Club, Her Morbid Desires, and The Boneyard Collection. He was a member of the Screen Actors Guild and other industry trade associations. He lived and worked in the greater Los Angeles area.

He is credited with producing 65 projects during his lifetime. His production company, Irena Belle Films, mostly made comedy-horror films, but also dramas with such future stars as America Ferrera, who went on to TV's Ugly Betty. Edward's many short and feature films have screened at festivals such as Cinequest-San Jose Film Festival and Slamdance.

He produced some episodes for the sci-fi web series, The Silicon Assassin, which featured the work of several KHC members.